Being a big Mickey Rourke fan it is no surprise I should write about one of his lesser-known roles. It's also interesting to see the two biggest adverts for bad plastic surgery together in one movie! They both ruined their beautiful faces with surgery, and this movie offers a glimpse of what they would become! Barfly is a biography of Charles Bukowski, alcoholic and author. It is considered by fans of Bukowski to be a much better film than the recent Factotum starring Matt Dillon (who previously appeared with Mickey Rourke in Rumble Fish) and a much more accurate one. It also starts Jack Nance as an eccentric private detective. 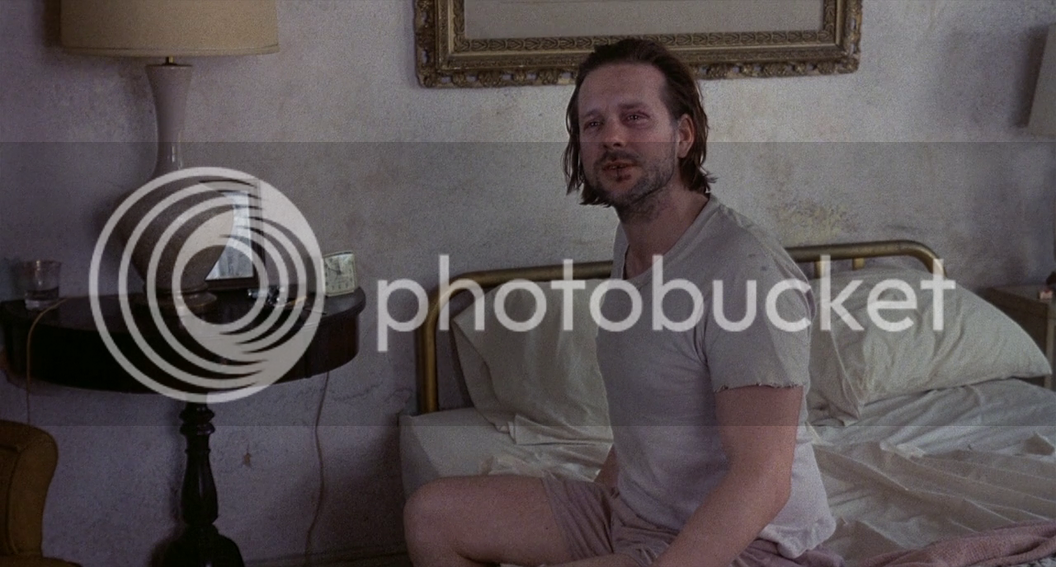 Down-and-out Rourke meets down-and-out Dunaway in the bar and they go drinking together. That's it! That's the movie! Actually it's not - a strange love triangle begins involving a pretentious publisher who mistakes the protagonists occasional inane scrawlings for something much more didactic. Rourke gets into a lot of fights, sleeps on the streets, rows with his girlfriend (who herself is having an affair) and by the time it's over the characters have gone back to their same old ways...it's the journey that matters in this film. Availability
There's a blu-ray available on Amazon for a not inconsiderable sum as well as several overpriced out of print Region 2 DVDs. I've also seen it in a double bill pack with The Pope of Greenwich Village, another Rourke film.
Posted by Publius at 12:03