Here's an interesting one. I'm a bit of a fan of Clive Owen as he has appeared in several of my favourite films. I hadn't heard of this one. Then I saw a picture of Clive Owen with no hair! 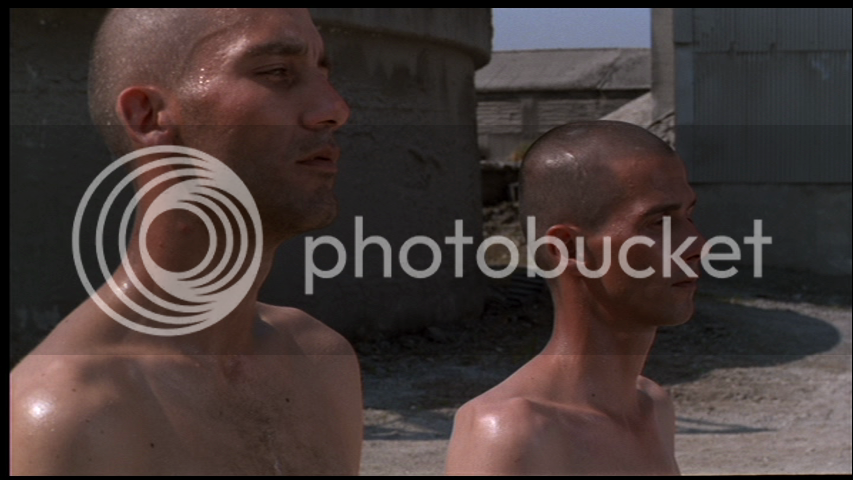 Bent is a gay interest film set in World War II. A young homosexual playboy gets caught up in the Night of the Long Knives after a night with a gay SA soldier. As the soldier is slaughtered in front of him he escapes to visit Ian McKellen, his gay uncle, and along the way also meets Mick Jagger playing a drag queen, in a nice little cameo. Eventually he is caught by the Nazis and sent to a concentration camp. In a gruelling scene, a man is beaten to death in front of him for no reason. He befriends a young Jew, and in order to remain with him chooses a yellow star instead of a pink triangle, thus identifying him as Jewish and not gay. Apparently, the treatment of gays was (hypocritically) far worse. There is a bit of debate about how much he values his identity but really he just does this to remain with his new found friend. 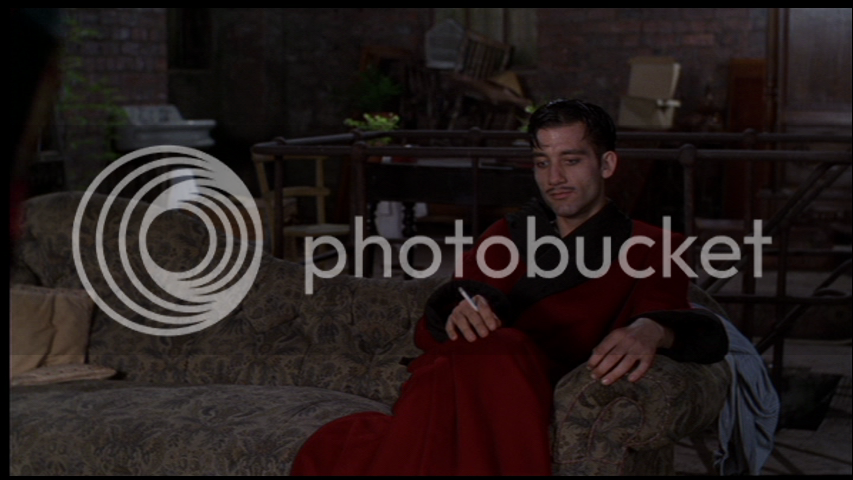 It is pretty overwrought, as many films which are adapted from stage plays are. But there are some fine moments, and the cramped relationship between the two men grows in the subtlest of ways. Tasked with moving stones all day, they manage only fleeting moments to talk to each other but when they do it is emotionally charged. There is one horribly embarrassing scene in which they are talking to each other, with eyes closed, very sexually, and eventually it is implied they simultaneously ejaculate without touching each other. It was difficult to view, and not because it was homosexual but because it was ridiculous! It's mostly very well acted - Clive Owen has come under fire for his acting style, but it sort of appeals to me. He is best at acting when he's not saying anything. This worked well for his role in Croupier (my favourite film) and as the smouldering Dwayne in Sin City. The SS officers are portrayed well - speaking in cold, horrid curt tones and not coming off as too rabid or cartoon-like. This film apparently won a special prize at Cannes, but according to IMDb the director Sean Mathias never made another film, and is primarily an actor. He was also a long-term partner of Ian McKellen!

Availability
I ordered this film from a South Korean vendor on eBay - it was cheap and had free postage. Took a while to arrive but that is to be expected. Of course, about a week later a Dual Format Blu Ray/DVD appeared in the UK. Never mind! My Korean edition is a sound package - with a nice cardboard slipcase and a Region Free NTSC disc with excellent print quality. I would probably recommend this over the expensive Blu Ray.
Posted by Publius at 11:47