Andrzej Zulawski's film Diabel is his second film after The Third Part of the Night and was banned upon its completion - though I don't think it was quite as complete as the director intended. He was plagued by Polish authorities throughout his career and at least one of his other movies remains incomplete, with 'gaps' filled in by a chorus style voiceover. Diabel unfortunately remains a disjointed though not completely awful affair. 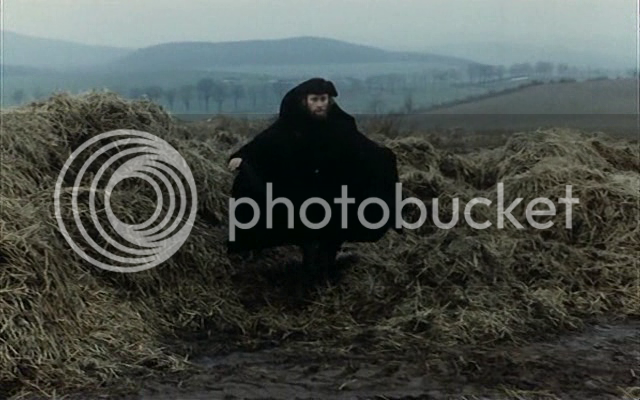 Diabel was made in 1972 but not seen for many years; and even then, not many people saw it at all, and still haven't. Presumably, a hypothetical person would discover Andrzej Zulawski's films through the excellent Possession - by far his most popular, if not his most accessible film. That's how I discovered him anyway. He has been criticised for being a very pretentious filmmaker, particularly with his later French films L'amour Braque and Szamanka.
Diabel is a strange tale about a prisoner of war who is broken out of jail by a mysterious man in the middle of some sort of revolution. My memories of this are slightly marred, for two reasons; a) I did not enjoy the film and b) the copy I had was so dark that there were many things I simply couldn't make out. 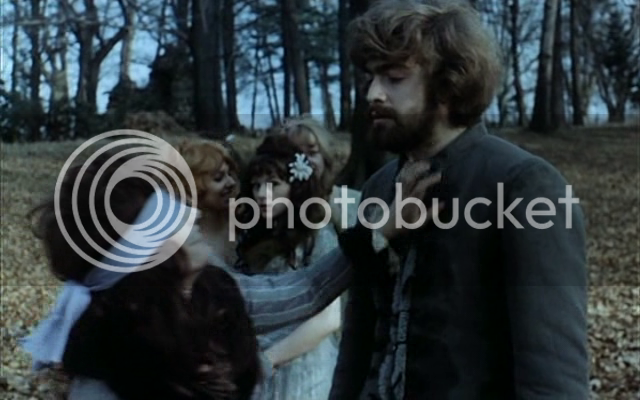 Anyone who saw Possession will see stylistic similarities in this film. The camera constantly whirls round in a frenzy, and is always on the move. Characters seem to dip in and out of hysteria, committing murders at random and so forth. It also has a bizarrely theatrical feel to it and all the actors are very...'actorly', if that's even a word.
So anyway, this man gets busted out of jail and...I think he is given a list of people to kill or something. He returns to his family home to find his father laying in state, the house partially burned down and something to do with his sister wearing her dead mother's clothes or something? He goes nuts when he finds out his mother is living as a prostitute in a nearby hamlet and pays her a visit. Needless to say, stuff gets pretty out of control...
The mysterious messenger wants from the protagonist a list of names - his fellow revolutionaries. He needs this list to pass to another man...presumably the titular Devil, allowing the film to end in a crescendo of bizarre violence, with an ending you could never make up...it's worth a look if you liked Possession or films like The Hourglass Sanatorium.

Availability
Unfortunately, the only existing DVD of this to my knowledge is released by a Polish company called Polart. It's a reasonable print but is very dark and has been converted from NTSC to PAL, which makes everything look like it is made of cardboard. I bought a bootleg on eBay at first, but the quality was so horrible...I can't even describe it. OK, I'll show you a picture. Are you ready for this?

VOMIT! Utterly horrible, I threw it away along with the cheap cardboard slipcase it came in! The PolArt version is one way to watch this - the other way is a slightly better value option, and that is to buy the Zulawski boxset - available from Poland but also being sold on eBay UK. It's expensive at £45, but the single Devil DVD sells for about £40 on Amazon! There are probably torrents available too if you're 'that way inclined'.