This post serves as a comparison for the many versions available of this film. I own most of them. You're probably reading this in the wake of the BFI's announcement of a Region 2 release in 2012. Good news, but most people are incredibly annoyed that it's not the 'uncut' version which people have been craving for years.

Anyone who knows anything about this 1971 Ken Russell movie will know it was hacked to pieces by Warner Brothers US because it was deemed...savage as hell. There is an infamous 'Rape of Christ' sequence. It sounds shocking but in the context of the film it is a key scene. Its omission is a howling blemish on the film.

The versions available to the general public at the time of writing are as follows:

Now, to clarify, there are generally two main sources for these releases. I will refer to them as the UK version and US version. The UK version, in PAL format, runs for roughly 107 minutes. The US version is butchered, and is roughly 103 minutes long. The problem comes when deciding what you value more - picture quality, or content. Put simply, if you want content, watch the Maverick Directors VHS. It's sourced from a fairly clean print and is the 'theatrical' UK release - missing only the Rape of Christ and several other 'shocking' scenes. The problem is it is VHS. If you still have a VCR, great. But I find it difficult to watch in the aftermath of High Definition Media.

For quality, you'll want to find the Spanish PAL DVD. It's a great print. Non-anamorphic, unfortunately, but a clean transfer from a theatrical print. The only problem is it is the US version - cut to ribbons, and then some. Several lines of dialogue are cut as well as the visually graphic scenes. Now, for a comparison.

We all know what VHS quality is like. Grainy with obvious horizontal lines due to it being on magnetic tape. This edition is presented in a slightly cropped 1.78:1 aspect ratio.  There is some picture missing from the sides. This is a shame as it has wonderful set design from wonderboy Derek Jarman. I unfortunately am unable to take screenshots of this copy as I have no means of connecting my VCR to my computer. But you get a rough idea of what it would be like.

The Bootleg DVD is also cropped to roughly 1.85:1. It is 16x9 anamorphically enhanced. The problem is, it's sourced from the VHS so the quality is roughly the same. The missing footage (which DOES contain the Rape of Christ) is inserted from a PAL TV transmission from the 'Hell on Earth' documentary. Quality is fuzzy but not unwatchable. It appears to have been converted from PAL to NTSC and the usual ghosting artifacts appear. Here: 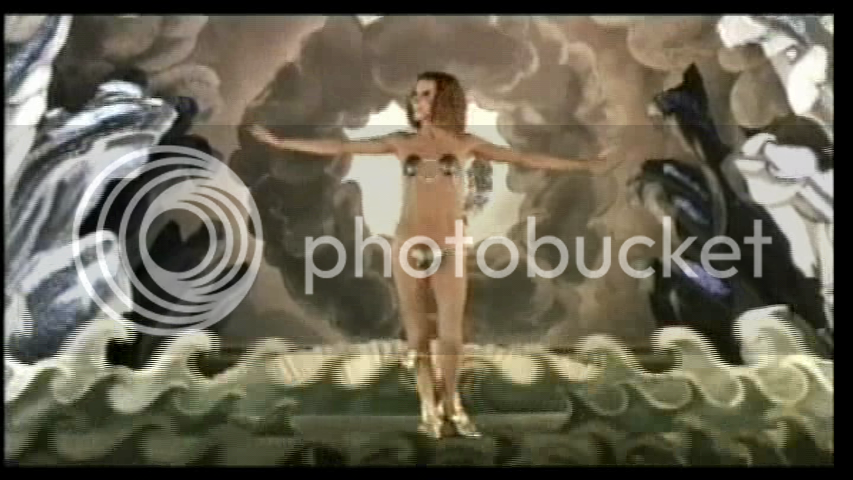 As you can see, it's poor quality. Not atrocious, and somewhat watchable, but hardly reference quality. Let's compare it with the Spanish DVD: As you can see it is much, much better quality and a massive amount of image data is restored to either side of the screen. Now, those might just look like some cardboard sheets to you, but a hell of a lot of time and craftsmanship went into making those, so they could be proudly displayed in the opening sequence. I am glad I can finally see them there. The iTunes edition is similar. Here:

Slightly lower resolution, but the print is less dark and retains the same amount of information in a 2.35:1 aspect ratio. It looks very good for a 1.4GB video file. Very good. Watching this version was the first time I noticed how well lit many of the interiors are. For example, Spanish:

While in this instance the iTunes version appears darker than the Spanish disc (when usually throughout the film it is the other way round), I think this makes it look better. The dappled light falling across Oliver Reed's big manly shoulders looks much better and less like it is coloured in with crayons. A further example. Spanish: 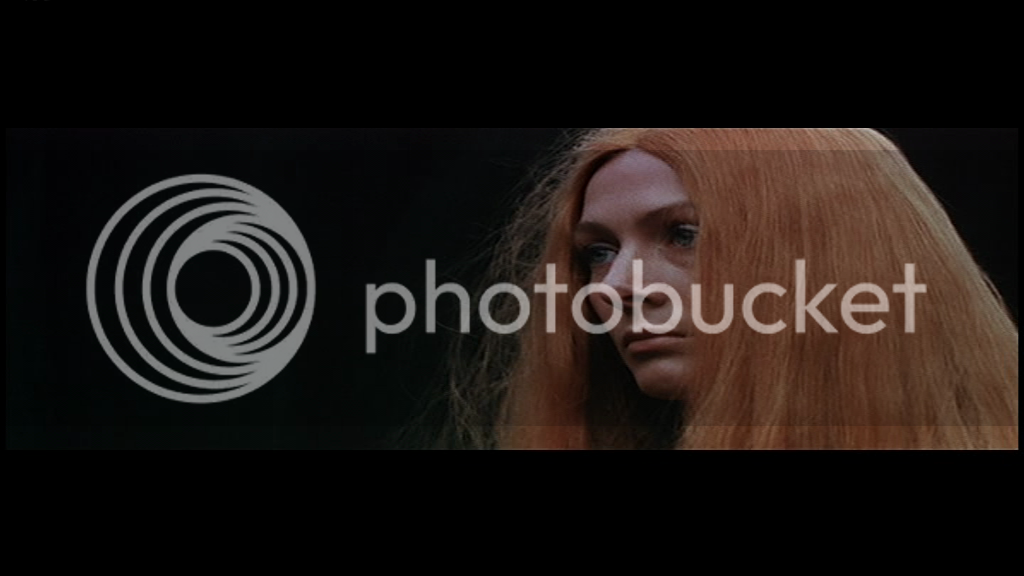 Now, I like redheads, but Vanessa Regrave's hair has a much better tone in the iTunes version; a lot less artificial. It's actually closer to the Bootleg/VHS: 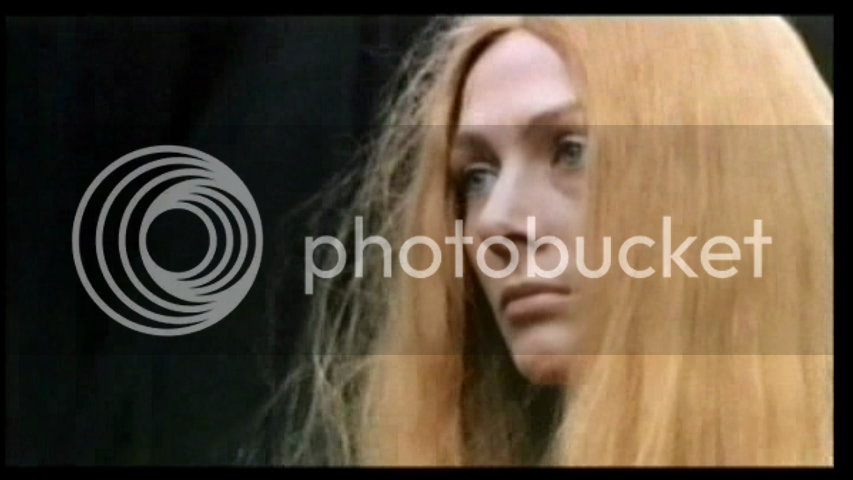 Except sharper and much more on screen.
The final note is that this is an amazing film, one of the finest post-war British films that sits at the top with Kes, Scum, The Servant and Mona Lisa. Warner Brothers' constant disdain for releasing it with reinstated footage is tragic. Still, I would encourage anyone that holds British cinema dear to their heart to track down a copy - preferably the iTunes version, and watch the hell out of it. Or you can wait until March 2012 to see what will hopefully be a beautiful new high-definition visual transfer (albeit not on high-definition medium).
Some related interesting links:
http://www.youtube.com/watch?v=4Yz2WFh9yNE&feature=feedu
http://horrorcultfilms.co.uk/2011/11/ken-russells-the-devils-finally-soon-to-be-on-dvd-but-its-not-all-good-news/
http://www.facebook.com/groups/4716344722/
http://www.bbc.co.uk/news/entertainment-arts-15741724
Posted by Publius at 21:29

Great post! I'm ashamed to say I haven't seen The Devils yet. I will definitely look out for it. Has the new edition been released yet? What's it like?

Thanks for the comment! I've bought the new release but haven't watched it yet. It's supposed to be fantastic though. Well worth a watch!