Posetitel Muzeya (A Visitor of a Museum) is a 1989 film by Russian director Konstantin Lopshansky. You're either asking who that is, or you're one of the very few people who has managed to watch one of his obscure and elusive films.

If it is this one, then you probably came away from it feeling as I did - horrified, miserable, depressed and impressed. 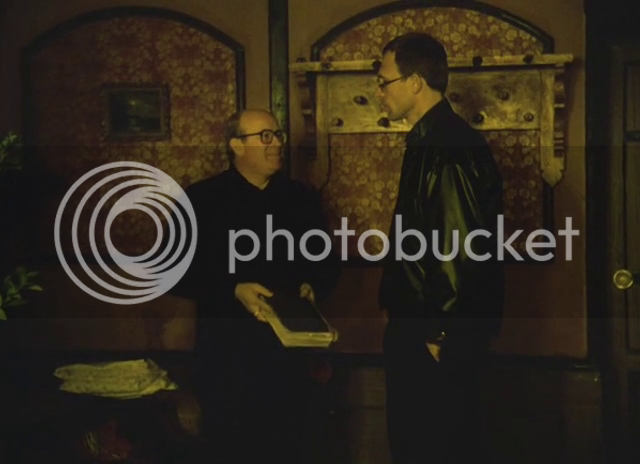 A Visitor of a Museum is a post-apocalyptic film - though more similar in theme and style to Andrei Tarkovsky's Stalker than any American or British production. It is very Russian. The basic plot is this: A man journeys across a wasteland (don't they all start like this) made up of endless piles of trash. He plans to visit a museum which is only accessible during low tide - which happens for seven days every year. The only problem is, the museum is three days walk away - so time is of the essence if you don't want to be stranded in the middle of a toxic estuary.
This grim and depressing world is populated by two types of people - the 'ordinary' people who are not unlike you and I...I have read, in one of the very few reviews online, these people referred to as 'The Materialists' who are presumably the scapegoat for the entire world turning into a pile of festering rubbish. Then, on the other hand, are the 'degenerates' - a rather derogatory term for the post-apocalyptic staple 'mutants'. These are incredibly pitiful specimens, all of them played by deformed actors (most of whom, apparently, were clinically insane) who mope about the 'Reservation' where they are kept to do manual labour. They are prone to fits of religious hysteria, in which they pound the walls screaming 'Let us out of here!' which becomes a sort of Christian mantra and a prayer for salvation.

Our protagonist (whose name, I believe, is never mentioned) is a tourist, who has planned a journey to this museum. He is very secretive as to why, but that is nobody's business. He simply has to register his interest with 'the Inspection' - a remnant of bureaucracy who seem to have an unusual fascination with high-heeled shoes...at least one male character in the film wears them.
Several times throughout the film, the protagonist is plagued by horrifying dreams in which he bangs the walls and acts like one of the degenerates. He is discovered by one of the materialists in the middle of one of his throes and exposed. The degenerates become aware of this and decide he is some sort of messiah...
I won't give any more away - there is plenty to take away from this disturbing piece of cinema. You're probably wondering about the museum, or the journey there, or what happens once he gets there. I'll leave you to find that out. 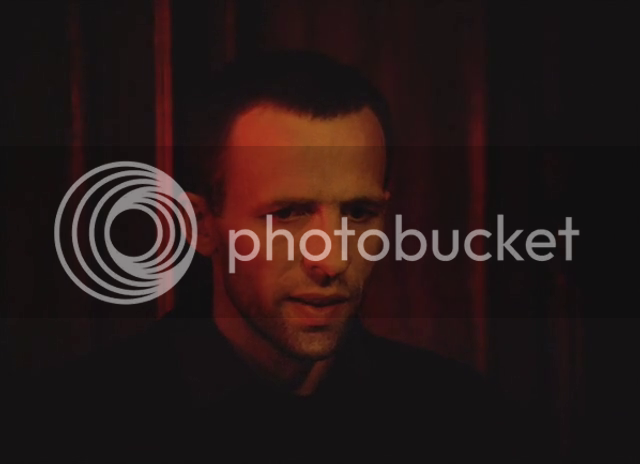 Availability
Unfortunately, this film has never made it to any home video format. Not even VHS. So how do you watch this? I think there is a copy on youtube. If you have a little more patience there are at least two Rapidshare sources, though I think these are without subtitles. There are also several torrents floating around with subtitles, so extract these from the torrents and get the film itself from Rapidshare would be my recommendation. The copy I watched was actually of very good audio/video quality - which is strange, and makes me wonder where it was sourced. I recommend this to fans of Tarkovsky and anyone interested in this sort of film (even Book of Eli tipped its hat to this film...I find it completely baffling how this movie is not well-known). I don't think I'll get into any trouble for advertising this, so here is a link to a high quality MKV file of the film, 1GB in size.
http://www.filestube.com/a3873a3851a4754a03e9/go.html
You'll have to find the subtitles elsewhere!
Posted by Publius at 17:25